BAAD Games was founded few years ago in one of the Polish cities, by a few game developers. The company develops games.

BAAD Games was founded six years ago, in 2010, in the Polish city of Wrocław. It was started by four game developers who have played together about 500 social games. Their 1st released game was…

Battle Skylands is a game development studio. They use technologies:
– C++ ­
– Java
…

When only the richest people could afford laptops, smartphones were heavy bricks, and nobody was even dreaming about tablets, four boys thought to find themselves in the world of stories and comic books. Moreover, I’m sure that you were dreaming about it too, but it’s another story, and our heroes are BAAD Games founders.

However, child images go by fast when we become adults: magic worlds change to reality, and our favorite heroes become infantile. That case wasn’t different -­ age of stories passed and grown-­up life has set in.

However, the stories didn’t want to be forgotten, and because they were creative and very clever, they figured out how to rush into their world. Stories invented games: PC, mobile, logic, strategy, adventure…countless games! And, what’s important, not only for children but for those who once forgot about their childhood. The games era began.

They rushed into the thoughts of adult BAAD Games founders-to­be. Under their charm, they wanted to fulfill dreams of bringing comic heroes back to life. And so BAAD Games Studio started, where Bartek and Andrzej conjured up worlds of magic heroes, buildings and charms using just a keyboard and mousepad. The BAAD Games era began.

Time was passing by, and they were creating incessantly.  Moreover, games was slowly captured new creative minds, so BAAD Games became a team of 8 people, who will soon release a new game – Battle Skylands. 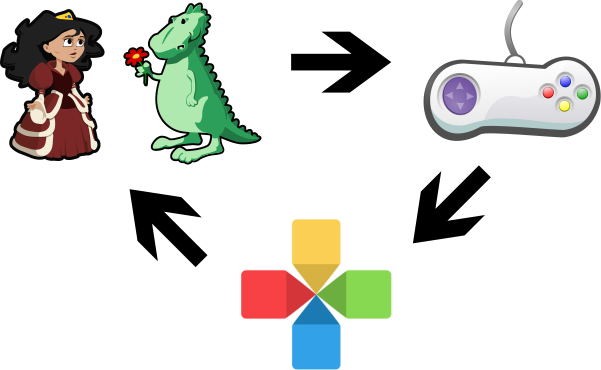 Game cycle is impressive. Stories invented games, games started BAAD Games; BAAD  Games made stories, and this stories turned into games. This all is one great story, the story of the games industry.